Welcome the 2022 New GCWGA Board Members

Easing into her new role was not an option for Vicki Felver.

The Hamilton Elks Golf Club member was part of the most recent Greater Cincinnati Women’s Golf Association executive board makeover. Felver took over for Patti Horne as the Spring Team Chairperson facing the task of implementing an adjustment in the tournament schedule that’s going to push the scheduled conclusion later into the year.

“I’ve been running for a month now,” said Felver, who had been an Elks alternate delegate and was installed with the other new members at the beginning of November. 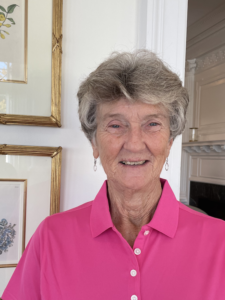 Another change has Western Hills Country Club-member Trisha Reperowitz moving up from Secretary to President, replacing Sue Brainer, who will serve one year on long-range planning and nomination committees. Kathy Brockman replaces Reperowitz as secretary.

Felver succeeds Reperowitz in 2020 and Horne as the Spring Team Chair, and she’s counting on help from her two predecessors to get past any hurdles in the transition.

“We had a meeting, and I got a handoff from my predecessor,” Felver said. “I was handed all of the new materials. Patti Horne did all of the work in 2021. Also, past President Trisha Reperowitz did it in 2020. They won’t be at my beck and call, but I’m sure they’ll be glad to help out.”

Felver started playing golf in her late 30s when she said she got too old to keep playing softball. She has been an Elks member for close to 15 years. 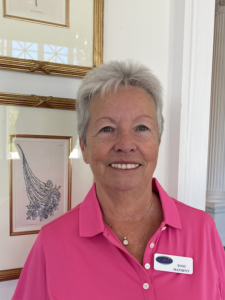 Mathevy was recruited to fill a slot on the board.

“One of the girls was asked to find people,” she said. “That’s how I got involved. Wetheringtoin hasn’t had anybody on the board in a long time, and they thought it’d be nice to have somebody step forward, so I volunteered.”

Mathevy admits that her experience with publicity is, um, limited. She’s counting on help from her predecessor (Connie Seeskin) to learn the ropes.

Mathevy moved to Cincinnati in 1972 and started playing golf a decade later.

“I just like being around all of my friends and playing,” she said. “I just enjoy the camaraderie. There’s not one specific thing that stands out about why like it. I’m just the type who enjoys playing.”