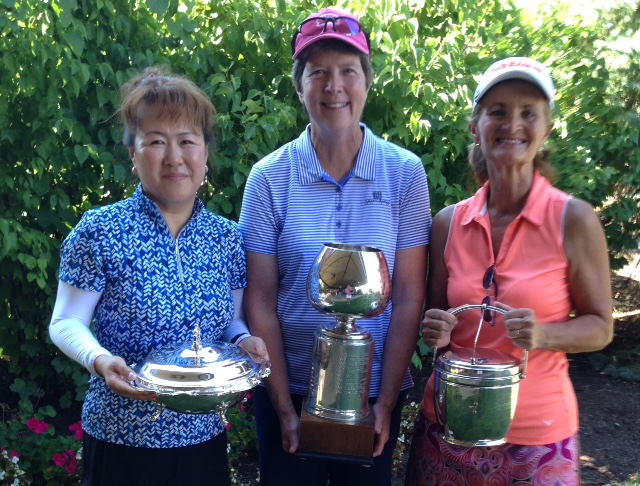 When golfer Lynn Thompson was informed that her latest Metropolitan Senior Women’s Championship was her fifth in 10 years, she experienced an illuminating moment.

When apprised that she was merely half way to the great Joan Comisar’s Cincinnati record of 10 Senior Women’s crowns, Thompson had a sudden and striking realization. 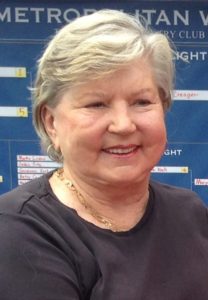 “I had a great time,” Thompson said. “It’s so much fun to play with my peers and see friends I may only see during the golf season. There are so many women out there I admire. UnAe Mueller (Low Gross runner-up at 161) played great. It was tight coming down the stretch.”

Thompson shot 80 the first day and 78 the second day. She began day two with a birdie on par-4 No. 1 and concluded the second-day’s front half with another birdie on No. 9, a par-5. She had six pars on the back nine to seal it.

Linda Coffey (162) of Hamilton Elks placed third in the Low Gross standings, one shot behind Mueller, from Shaker Run. Coffey shot 78 the second day, tying Thompson for the tournament’s low round. Two-time winner Bev Weeks (166) finished fourth with a 79 the first day. Georgianne Koch (168) was fifth. 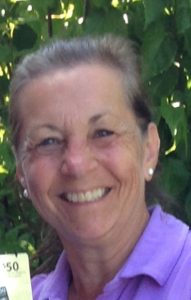 But the final day belonged to Thompson, who finally got over the hump and won her first tournament of the year after making the semifinals of the Metropoltan Amateur Championship in June and the Ohio Mid-Amateur semis in July. Thompson, president and owner of Thompson Gifts & Awards, has won the Met twice. This year’s Senior Met crown goes with those from 2008, ’11, ’13 and ’14. Next summer, Thompson will be seeking her sixth Senior Met crown and fourth in six years.

Next up for the 2009 Legend of Cincinnati Golf honoree is September’s three-day stroke-play USGA Women’s State Team Championship. The event is held at The Club at Las Campanas in Santa Fe, New Mexico, where Thompson will team with two other fellow Ohioans. All three were invited to represent the state at the event. 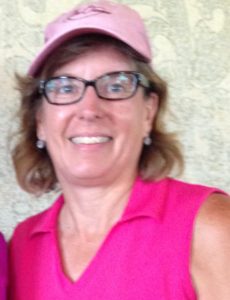 Thompson played on the winning 2003 USGA Women’s State Team champion with Emily Bastel and Heather Zielinski. That same year, she also won the NCAA Division III individual women’s crown at Thomas More as a member of the working class 27 years after graduating from Loveland High School.

“I’ve been a bit blessed without any major injuries or illnesses and I love to get out there and compete,” said Thompson, a six-time Ohio Women’s Senior Amateur champ and three-time winner of the Ohio Women’s Golf Association championship. “Plus, I love to practice and play in tournaments and just get better.”