Home→Blog→Articles→Forward-looking SHE Tournament Gives Back To Golf

“It’s a lot of fun and it’s for a great cause,” said GCWGA Scholarship Foundation board chair Georgianne Koch, who teams up with tournament co-chairs Laurie Funch and Robin Kofler. “We bring all the member clubs together to benefit high school seniors who have an interest in golf. We have 26 member clubs. We had 22 clubs play last year, and that’s about our average. Twenty-four clubs last year donated money. Our goal is to eventually get them all.” 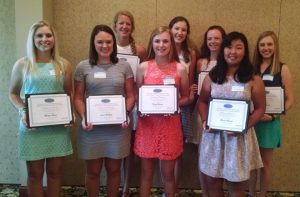 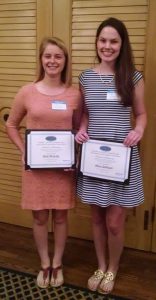 While the SHE determines the overall winning team from the GCWGA member clubs’ ongoing low net qualifying events, it was designed to help promote and fund the GCWGA Scholarship Foundation. This is the ninth staging of the tournament. Entries are open to the four lowest qualifying players from each member club’s low net qualifying event. Those golfers must have posted at least 20 18-hole scores between 2015 and 2016 and have a Greater Cincinnati Golf Association GHIN handicap index.

“This is a great way for us to involve our member clubs and give to the community,” Koch said. “Over the years, we have given out 72 scholarships worth $90,500.”

This year, the SHE Tournament and other private donations will help raise money for 10 $1,500 one-time-only scholarships for girls in the class of 2017. Each candidate applies and is selected on the basis of academic achievement, excellence of character and involvement in the sport of golf. The 2016 awards were announced in May and recipients received their scholarship certificates at July’s Kent Tournament luncheons where benefactors and beneficiaries got to meet each other.

“You see the future of golf when you meet them,” Koch said. “Hopefully, they will go on and join a club and give back to the game of golf.”

All received a $1,500 grant to pursue higher education. Tri-state-area colleges and North Carolina schools are well represented among the group. Pugliano and Wessels are golfing at Northern Kentucky University. McGuire is at Eastern Kentucky. Satterfield is at Purdue. Staying instate are McCarthy at Ohio University, Selby at Wittenberg and Swensen at Ohio Dominican. Heading east are Alsip to North Carolina-Asheville and Bowen to Methodist University in Fayetteville, N.C. Akiyama is at Carleton College in Minnesota. 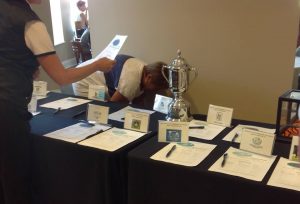