Spring brings to life new beginnings and thankfully so too does each golf season. In Greater Cincinnati, the 2017 women’s amateur schedule swings into action with a notable addition — the Nati Cup — the GCWGA’s first new tournament in more than a decade.

“We haven’t added a new tournament in a long time,” said former GCWGA executive board president Gloria Landry, part of the association’s long-range planning committee that formulated the event’s unique concept. “People like Jane DeGroff, Lynn Thompson, Georgianne Koch and Betsy Coith were part of the group that came up with the idea about a year ago, so we’ve been working on it.”

The maiden event concludes the GCWGA schedule Sept. 16 at Cincinnati Country Club and swells the number of association tournaments to nine. The 102nd Metropolitan Amateur Championship gets the schedule started June 12-15 at Terrace Park Country Club.

“I’m really looking forward to it,” Landry said of the first Nati Cup. “We were able to secure Cincinnati Country Club for (golf and dinner) and we’re really excited about that. It’s going to be a different kind of tournament in a great setting.”

GCWGA members with the most participation and volunteer points qualify for the Nati Cup’s 32-player field which features two teams of 16 competing in a match-play format similar to the Solheim Cup. There are no prizes awarded but plenty of bragging rights are waiting to be secured.

“It’s a fun event,” said Landry. “Our hope is that we can add volunteers and improve participation and have a tournament for women who are reluctant to play some of the more competitive tournaments.”

Players accrue points during the season by participating in member club events, championships, invitationals, SHE Tournament qualifiers, and GCWGA events including The Met, Senior Women’s Met and the Kent and Crystal Bowl Tournaments. Landry stressed that points awarded are tied to event participation not event placings.

DeGroff, the former two-time Met champion, GCWGA executive board president and longtime board member, passed away in August at the age of 74. Not only was the development of the Nati Cup a brainchild of DeGroff, but she is the namesake of next month’s Jane DeGroff Memorial Golf Tournament. 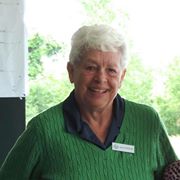 Sponsored by the Ohio Z Chapter of the National T.T.T. Society, proceeds from the Jane DeGroff Memorial will be used to send deserving young girls to summer camp, a program that DeGroff advocated and supported while she was a member of T.T.T., which prides itself for boasting women who use their time, talents and treasures to give young girls life-changing experiences.

DeGroff served on local and national boards of the National T.T.T. Society, a non-profit philanthropic organization of women with chapters across the country focusing on providing an educational camping experience for girls who might not otherwise have the opportunity.

“We are thrilled that T.T.T. is recognizing Jane in their big tournament,” Landry said.

DeGroff was a three-term GCWGA executive board president and helped shape the way women’s golf is organized locally as a long-serving board and committee member. Back surgery in 1993 ended her storied playing career which included 20 club championships and five trips to the Met final with nine semifinal appearances, but DeGroff simply turned her attention to golf advocacy in retirement.

Her first term as GCWGA board president was in 1981. For the next 35 years she was a rules official, course rater, and long-range planner, the fruits of which we are still seeing today with the establishment of the Nati Cup.

At the time of her sudden passing, DeGroff was active, having served consecutive terms as executive board president in 2014-15. She was last year’s spring team chair and a member of the scholarship foundation board. So numerous were her contributions, the GCWGA named a Women’s Met playing flight in her honor previous to her passing, and now DeGroff’s beloved T.T.T. has made her a tournament namesake.