Lynn Thompson, Janice Kunkemoeller and their Low Kent teammates had plenty of reasons to be pleased with how their June 27th went at Heritage Country Club. Topping the list? Their win in the Low Gross half of the tournament. Thompson and her O’Bannon Creek Golf mate, Holly Jones, and Kunkemoeller and her Terrace Park Country Club partner, Nancy Decenso, teamed up to shoot a combined 154 and ease past the Hamilton Elks Golf Club foursome of Vicki Felver, Linda Coffey, Hilda Hodges and Lori Roberts.

The icing on Kunkemoeller’s cake was carding the first eagle of her 25-year golf life. “My first one ever,” she said, still feeling gleeful days later. She used an 8-iron on Heritage’s par-4 No. 1 hole to navigate her 121-yard second shot. She didn’t actually see the shot bounce into the hole, but other players did. “I thought they were pulling my leg,” she said. “I heard it hit the pin, but I thought I deflected off the pin and was somewhere on the green. They were saying, ‘It went it. It went in.’ I said, ‘It did not.’” “It took one bounce and went in the hole,” Thompson confirmed.

Kunkemoeller found the shot more gratifying because she’s been struggling with her game this year while getting over December rotator cuff surgery. “I’m finally starting to turn it around,” she said, crediting lessons with Terrace Park head pro Mike Kelly. “I had a great time. We played with a great bunch of women. This was my first time in the Kent. I played the Crystal for the first time last year. “The course was beautiful,” she added. “I don’t ever recall playing Heritage. It was really well-maintained – just gorgeous.”

Thompson found Kunkemoeller’s eagle and the championship rewarding because of where they were accomplished. “Heritage is always a challenging course, but our team played well enough that day to come out on top,” she said. “We had a great time. The course was in beautiful shape and the host pros were extremely welcoming.” She also had her own personal accomplishment to savor. “I only lost one ball, which is always a good thing at Heritage,” she said. Kunkemoeller’s eagle wasn’t the team’s only highlight, Thompson said. “Holly Jones of O’Bannon chipped in for a birdie on the 6th hole,” Thompson said.

Nor was Kunkemoeller’s the only eagle. “Bonnie Mashburn of Cincinnati Country Club made an eagle 2 on the very tough No. 18 hole,” Thompson reported. “Shots were going in from everywhere.” The team of Stacey Hinkle, Sandy Roark, Brandi Duckwall and Julie Sizemore finished third in the Low Gross standings, and the foursome of Kyle Earhart, Margie Stigler, Cindy Crilley and Kris Schwein finished fourth. Mashburn’s eagle helped her team – which also included Leslie Huesman, Betsy Coith and Jan Kiefhaber – finish third in the Low Net competition. The team of Elizabeth Devine, Toni Mathev, Sherri Pedoto and Terri Proud finished fourth.

The Low Kent, chaired this year by Sue Brainer and Patti Horne, were created in the mid-1950s to in honor of Mrs. Sydney B. Kent, a long-time Cincinnati Country Club and Women’s Western Golf Association board member who maintained in her life a keen interest in teaching ethics, courtesies and rules of the game to upcoming junior golfers. The tournament originally was a net best ball foursome before evolving into a flighted event at two different courses with gross and net prizes.

The High Kent is scheduled to be played on July 25 at Oasis Country Club. 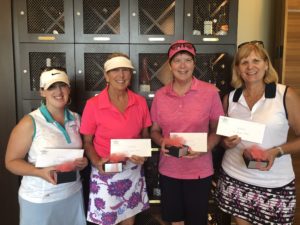 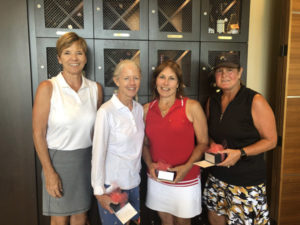 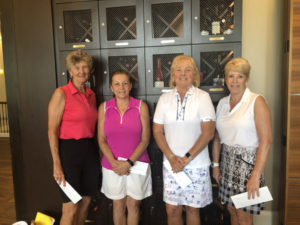 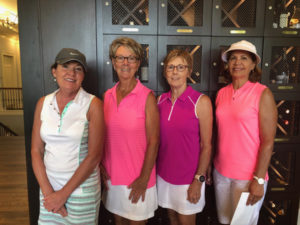 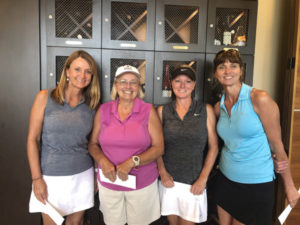 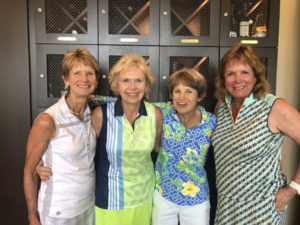