Adorning the top of the east pillar at the entrance to Summit Hills Country Club is a birdhouse. While functional, it’s also ornamental. It resembles a silo, a tribute to the heritage of the club that’s celebrating in 2018 its 90th year of existence.

Summit Hills, this year’s site of the 103rd Greater Cincinnati Women’s Golf Association Metropolitan, was built and opened in Crestview Hills, Ky., at the corner of Turkeyfoot Road and Dudley Road in 1929 on the acreage formerly occupied by the financially strapped Summit Dairy Farm. 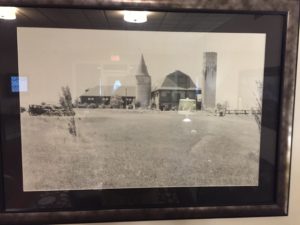 Summit Hills, according to a brief history prepared by current general manager Robert E. Sergent, was the brainchild of Covington businessman Joseph Macke. His father-in-law, Harry Hartke, owned the farm and leased the property to his son-in-law for $4,000 a year. “We’re old, but we’re not the oldest,” Sergent said during an interview in the lobby of Summit Hills’s clubhouse, which replaced the clubhouse lost to a fire in 1952. “The barn was the first clubhouse.”

Camargo Country Club golf pro William Jackson laid out the course. He put together a design in one evening based on a government topographical map and made adjustments after walking the grounds the next day. Jackson’s princely price for the job? Twenty-five bucks and a quart of whiskey. “It’s not a long course,” Sergent said. “It’s a shotmaker’s course. I’ve seen many golfers finish rounds shaking their heads because it was more difficult than they thought it would be. “Architects need to route the course around the land features,” he pointed out. “The land tells you where the holes go. The course is in impeccable condition with firm and fast greens.” 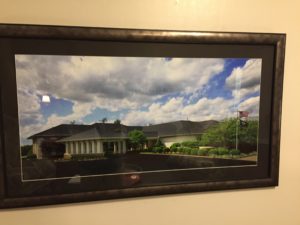 Women need to traverse anywhere from 4,845 yards to 5,739 from Summit Hills’ three women tees – white, teal and red. The course features five par 3s, one more than the average number, and four par 5s, including the first hole. “It has its hazards,” Sergent said of the first hole. Sergent’s favorite hole is No. 8, especially when soaking in the view from the middle of the fairway. “It’s a beautiful design,” he said.

The Women’s Met returns to Summit Hills for the first time since 2006, when Carling Coffing won while playing out of Brown’s Run, and just the second since the GCWGA started in 1961 recording the site of each year’s tournament. Former GCWGA co-president Nancy Creevy is looking forward to it. Creevy, a 42-year Summit Hills member with her husband, Dr. Joseph Creevy, will play for the first time since 2016. “Summit has had a few remodelings,” said Creevy, a former Summit Hills club champion. “It’s tougher than it used to be.” 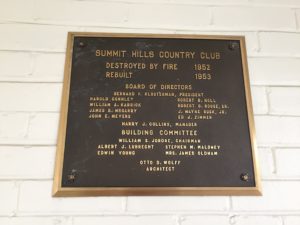